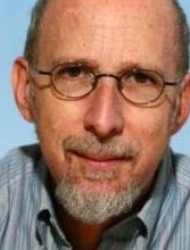 Howard Litwin works in the field of social gerontology. His empirical research addresses the correlates and determinants of well-being in late-life. In particular, his work seeks to clarify how the social networks of older people influence perceptions, feelings and actions that, in turn, contribute to aging well. He is the founding Head of the Israel Gerontological Data Center (IGDC), a knowledge center at the University that was initiated by the Ministry of Science and Technology and is currently supported by the Ministry for Senior Citizens. He serves as the Coordinator of the Social Network area for the Survey of Health, Aging and Retirement in Europe (SHARE)—a longitudinal survey of people age 50 and over in 20 countries. He is also the Principal Investigator for SHARE-Israel, the Israeli component of the SHARE project. Prof. Litwin is a fellow of the Gerontological Society of America (GSA).

Establishment of the IsraelGerontological DataCenter, Funding: Israel Ministry of Science, 2002 -2005

The Sociology of Familial Exchange in Later Life: A Comparative German-Israeli Analysis of the Determinants of Intergenerational Transfers, Funding:  German Israeli Foundation  2005 -2006

A multivariate examination of explanations for the occurrence of elder abuse:  The goal of the study was to determine the relative strength of four major explanations for the rise of elder abuse among a population in transition from traditional to modern culture. The study compared a sample of 120 abused Arab Israeli elders with a control group of 120 nonabused elders from the same background. The abuse status outcome was regressed in a hierarchical logistic procedure on indicators of sociodemographic status, dependency, modernization, and social integration. The results underscored the multiple explanations for elder abuse in the study population and the predominance of the combined factors of modernization and social integration.

Elder participation in cyberspace: A qualitative analysis of Israeli  retirees:This inquiry considers the nature and meaning of elder participation in cyberspace and the degree to which computer-mediated communication increases the social capital of older adults. Three primary themes emerged from the interviews. The first concerns the different conceptions of old age held by the cyber-participants and the non-participants, and in particular, differing views on learning capacity in later life. The second is related to the varying conceptions of time in old age, and orientation to the past or to the future. The third theme relates to the way in which the elderly persons involved in the virtual world relate to their computer, attributing human qualities to this new addition to their social network.

Litwin, H., (2002). Environmental quality of life in long-term care: The effect of institutional and community-based settings. Journal of Social Work in Long-Term Care, 1(1): 107-125.

Litwin, H.,(2003). The association of disability, sociodemographic background and social network type in later life.Journal of Aging and Health, 15(2): 391-408.

Auslander, G., Litwin, H., and Heinik, J. (2004). Social correlates of the severity of cognitive impairment at time of diagnosis of dementia. Journal of Mental Health and Aging, 10(4).

Litwin, H., and Sapir, E.V. (in press). Perceived income adequacy among older adults in 12 countries: Findings from the Survey of Health, Ageing and Retirement in Europe. The Gerontologist.

Howard Litwin's site at the Research and Development Authority