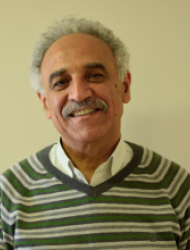 2..Wife Abuse and Battering in Arab Societies: I have been conducting research on different dimensions of the problem of wife abuse and battering in the Arab society (mainly in Israel and the Palestinian National Authority), with special interest in the rates, characteristics, correlates and risk factors, and mental health consequences of the problem as well as battered women’s coping strategies and use of different patterns of help-seeking.   Furthermore, I conducted research on the socio-cultural and socio-political context of violence against women.

3.  Beliefs about Wife Abuse and Battering: I have conducted several studies about beliefs about wife beating, and in recent years am in the process of carrying-out several other research projects on this topic (e.g., justifying wife abuse, willingness to help abused women, etc.) among health and mental health practitioners, among students of the health and mental health professions, as well as among the general public, in several countries. These studies focus on examining to what extent an integrative theory (composed of patriarchal theory, social learning theory, intra-psychic processes, and more) explain people’s beliefs about wife abuse and battering, and their attitudes toward abused women and abusive husbands.

4.      School Violence: I am interested in examining children and youth violence in school, using the social learning theory and the stressful life events perspective. I just completed conducting a study about the exposure of pupils of elementary and secondary schools (as victims as well as perpetrators) and the relationship of this exposure to their exposure to family violence, community violence, and political violence. I also examined in this study the mental health implications of the exposure to these different patterns of violence.

Implications of witnessing and experiencing family violence among adolescents  and young adults:Despite noteworthy developments in research on the implications of witnessing and experiencing family violence in Western societies, there is a serious dearth of studies on this topic in Arab societies. Two recent studies conducted by this researcher examined the extent to which witnessing and experiencing different patterns of family violence in childhood, adolescencce and young adulthood predict manifestations of sibling violence, hopelessness, and low self-esteem, anxiety, depression, PTSD, hostility and other mental health consequences, among Arab adolescents and young adults. It is hoped that the findings will provide a basis for developing theories for studying the topic in different Arab communities, strategies for prevention and intervention in family violence, and policies for working with abusive families.

Haj-Yahia, M.M.(2000). The incidence of wife abuse and battering and some sociodemographic correlates as revealed in two national surveys in Palestinian society. Journal of Family Violence, 15(4), 347-374.

Haj-Yahia, M.M.(2000). Patterns of violence against engaged Arab women from Israel and some of their psychological implications. Psychology of Women Quarterly, 24(3), 209-219.

Haj-Yahia, M.M.(2000). Implications of wife abuse and beating for self-esteem, depression, and anxiety as revealed by the Second Palestinian National Survey on Violence against Women. Journal of Family Issues, 21(4), 435-463.

Haj-Yahia, M.M.(2001). The incidence of witnessing interparental violence and some of its psychological consequences among Arab adolescents. Child Abuse & Neglect, 25(7), 885-907.

Haj-Yahia, M.M.(2002). The impact of wife abuse on marital relations as revealed by the Second Palestinian National Survey on Violence Against Women. Journal of Family Psychology, 26(3), 273-285.

Ben-Arieh, A., Khoury-Kassabri, M., &  Haj-Yahia, M.M.  (2006). Generational, ethnic, and national differences in attitudes toward the rights of children in Israel and Palestine. American Journal of Orthopsychiatry, 76(3), 381-388.

Haj-Yahia, M. M. (2007). Challenges in studying the psychological effects of Palestinian children’s exposure to political violence and their coping with this traumatic experience. Child Abuse & Neglect, 31(7), 691-697.

Haj-Yahia, M. M.  (2008). Political violence in retrospect: Its effect on the mental health of Palestinian adolescents.International Journal of Behavioral Development. 32, 283-289.

Posttraumatic distress, functional impairment, and Coping among adolescents on both sides  of the Israeli-Palestinian conflict: A cross-cultural approach. Applied Psychology, 58(4), 688-708.

Shhadi, N., Haj-Yahia, M. M.,  & Bekerman, Z.  (2009). The significance of Moslem religion for coping with Loss and Bereavement: The case of   Palestinian families living in Israel, whose children were killed during the October 2000 demonstrations. Research in the Social ScientificStudy of Religion, 20, 239-265.

Haj-Yahia, M. M., & Uysal, A.  (2011). Towards an integratitheoretical framework for explaining beliefs about wife beating: A study among students of nursing from Turkey, Journal of Interpersonal Violence, 26(7), 1401-1431.