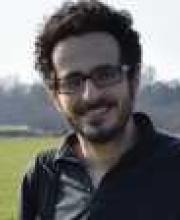 In recent years, several welfare states, including Israel, have amended their guardianship laws. The proper implementations of these laws, including the decision whether to appoint a guardian or the less restrictive alternative of supported decision maker, is greatly influenced by social workers. In our research project we seek to contribute to a better understanding of social workers’ decisions about guardianship and supported decision making. Attention will be paid to understanding the contribution of individual level, social workers’ level, and societal-legal level factors to this process.

One of the limitations of social security programmes is the problem of non-take-up, by which people who are entitled to receive benefits do not receive them. Despite a growing political and academic interests in understanding and tackling this issue, hitherto little is known about the barriers for participation in social benefits and the effective policy tools to overcome these barriers. The aim of this project is to address this theoretical and empirical gap, by mapping a)  the barriers facing social security beneficiaries in taking up their rights b)  the interventions put forward by various actors in order to help citizens to take up their rights. Moreover, assuming non-take-up to be a multi-dimensional in nature, our analysis focuses on various levels of barriers and interventions, including social, legal, bureaucratic and organizational.

Werner, S. & Holler, R (In press). Attitudes toward guardianship and their association with the importance of social work goals and perspectives of disability within the social work profession. Disability and Rehabilitation.

Gal, J. & Holler, R. (Eds.) (In press). “Justice Instead of Charity”: Chapters in the Development of Social Work in Israel. Beer-Sheva: The Ben-Gurion Research Institute for the Study of Israel & Zionism, Ben-Gurion University of the Negev

Gross, D., Werner, S., Holler, R., & Ben-Arieh, A. (2011). The use of social accreditation for  encouraging the employment of people with disabilities: An international perspective. Jerusalem: The Ministry of Industry, Trade and Labor.